I know several of you are aware of Girls' Generation, also known as SNSD, are a Korean pop group - or should I say "were", they finished up in 2017. I picked up a Best-Of collection, which turns out to have maybe been an international-only release? But anyway, I was STUNNED, every single song was a smasher, I can't remember such a solid GH in recent memory.

I FINALLY got around to listening to "Girls and Peace", which was also a Japanese edition album (their releases are confusing). But BLOW ME, didn't this turn out to SLAP as well? 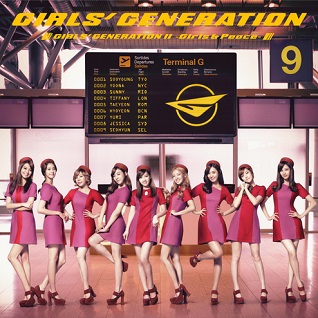 Anyway, give it a listen, I promise it's a slick 40 minutes that doesn't let up

I got excited thinking they were back

I discovered them when Courtney Love tweeted about this video:

Take a walk on the wildlife side

Gangsta Nancy Lam said:
I got excited thinking they were back

Sadly, most of those tracks are blocked in the UK, but it is OUTRAGEOUS that Genie isn't on their best of.

Oh fiddle… I guess the Japanese one doesn’t have much international appeal. Annoying that they don’t seem to have a Korean GH or an equivalent to this album :/

Take a walk on the wildlife side

There's this best of album from 2014. Is this a different one to the one you picked up @Diddy?

Gangsta Nancy Lam said:
There's this best of album from 2014. Is this a different one to the one you picked up @Diddy?

The first Japanese album is SO GOOD

I saw that a new SUPERGROUP is coming featuring members of Girls' Generation, Red Velvet and AESPA, plus... BoA

PUT BoA'S US ALBUM ON SPOTIFY YOU MONSTERS

COB said:
PUT BoA'S US ALBUM ON SPOTIFY YOU MONSTERS
Click to expand...

Only reason I keep Apple Music around

I was so disappointed watching Japanese The Masked Singer, some people were speculating Boa was one of the finalists but it was only
Crystal-Kay

COB said:
I saw that a new SUPERGROUP is coming featuring members of Girls' Generation, Red Velvet and AESPA, plus... BoA

4 minutes of unrelenting NOISE with no melody or harmonies to speak off...I'M ADDICTED