since someone mentioned it in another thread and was so right, Natasha Bedingfield was just a MORE basic, earlier version of what we came to know as Jessie J minus the RELENTLESS SHRIEKING.

Both hailed and hyped up as the next big, these singer/songwriter/CHANTEUSES, seemed to be loved by music critics (at least during their debut album campaign). Natasha was a bit luckier since she did manage to make herself some sort of a name in the ever ELUSIVE North American market thus being able to release more than one album and scoring more than just one BB Hot 100 hit, sadly the same cannot be said for Jessica who aside from Domino didn't manage much. The less said about "Alive" the better.

Both seem to bring out the best & worst from Moopy but, WHICH one would you like to see bashed to death moopers?

In the words of the late great Amy Winehouse

"I'd rather have CAT AIDS THANKS"

Both have fuck-all clue as to what they're doing but think they do.
Both are common as fuck.
Both have NOTHING to offer this world (apart from strained vocals and broken dreams).

Looking amazing at the moment

Pocketful of Sunshine is one of the best pop singles of the past 10 years.

I hate both of them but I hate Natasha more; she was "big" at the time I used to follow and care about chart music and therefore annoyed me more than JJ would ever do.

Unwritten is the best shampoo commercial soundtrack of all time.


nah. "Touch" on the other hand is amaze

I don't particularly like Natasha, but I've never got the hate. Well, not compared to that other wanker, anyway.

That picture raises her a few notches on cuntometer, though.

Location
Under the Red Keep

I don't hate Natasha, indeed I think Strip Me is an excellent album. Jessica Cornish is fucking intolerable and can ruin any song/situation/anything with her cuntery.
Last edited: Sep 18, 2015 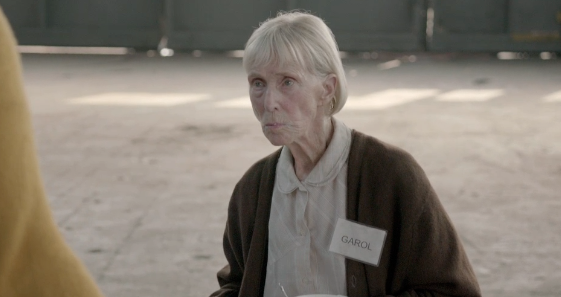 How is she still alive? Truly the Alpha and Omega of dreadful female pop.

That's Ellie Goulding on the left, right? Because at first I thought it was Rumer Willis

I Need A House

What the hell is up with that left tit.

Have a word woman.

Those 2 can both fuck right off actually. Ellie Goulding has just as many rubbish songs.

I will not tolerate Ellie Goulding bashing in ANY FORM KayCee. GET OUT!

I just noticed this thread was shortly before Bang Bang which, of course, granted Jessie J an extra 15 minutes of fame but she also has Ariana and Nicki to thank. Mind you, after that song she became irrelevant again despite being SHOEHORNED in Pitch Perfect 2 and releasing more crap singles with big budget videos throughout 2015.

Is it even the best Natasha Bedingfield song of the last 10 years?


Soulmate and Unwritten beg to DIFFER

Claiming ANY Natasha Bedingfield song as "one of the best pop singles of the past 10 years" is an OUTRAGE. She'll always reek of broken dreams to me. She's really embraced mediocrity.

Given the choice, Tashy Beddingfield is nowhere near as faux-talented/deluded as Jessie 'nails down the blackboard' J.

That line is just the worst, I'll bet it's what gave Jessie her delusions of re-branding average in the first place. But yes, the age old question: the blonde baboon or Goth duck? (although I wouldn't dare compare her to one of the best cartoon characters of all time from Ducktales).

Both are DISGUSTING FOUL PIGS who should be SHOT, MINCED and fed to ANGRY LESBIANS. Bedingfield perhaps most for her REVOLTING, HIDEOUS MUSICAL OUTPUT, J for just clearly being a PRIZE CUNT.

Up in space, man

Sheena said:
Both are DISGUSTING FOUL PIGS who should be SHOT, MINCED and fed to ANGRY LESBIANS.
Click to expand...

! Jessie J to quote this verbatim next time she bleats about the UK not taking her seriously, please.

I quite liked Natasha Bedingfield when I was 14

I'm pretty sure Moopy's opinion has CHANGED over the past few years regarding both.

Horrible flashbacks to my phone blaring out a monophonic Unwritten in the middle of A-Level History and me actually answering the person when asked "WOT WOZ THAT SONG".

I still hear Unwritten, These Words, and Pocketful of Sunshine on the radio/in stores all the time. I don’t mind any of them but probably wouldn’t choose to listen to them. I was obsessed with her song Neon Lights in 2010 but forgot about it for 11 years.

I still think I like her more than Jessie J

Jessie never did anything as good as THIS

Natasha Bedingfield had a number of STONE COLD BANGERS and was famously friends with Nadine Coyle. She's a force for good.

Jess Glynne to be added plz

I had paid to download Unwritten as my phone ringtone once therefore i chose Natasha.

As she was referenced in one of the old posts I'd like to mention that since this thread was created the QoL Magica De Spell has been sensationally REVIVED in the actually very good reboot of DuckTales, and is now voiced by QoL Catherine Tate. I have nothing to add about any of the other small pop girls mentioned here, so goodbye