About A Girl still goes off.

Pipo said:
About A Girl still goes off.
Click to expand...

i don't know how i came across the sugababes but it was the "change" era i guess for prior fans it's not a staple. for me it's number 1. years later i prefer girls aloud over the babes but have finally given the girls a fair chance at their full discography and i either love the songs or don't a lot sound the same to me or are too meaningful for me as weird as that may sound to some but for me that's not what i always want to hear in pop songs.

i will be screamed at but i don't like siobions voice at all! it's shaky and weak like she's nervous!! given i discovered the sugababes as amelle, keisha, and heidi that's whom i associate them as then i'd hear other songs and get confused thinking these girls were getting crazy makeovers and changing their genre left and right until i realized the utter dysfunction of the group.

keisha is my favorite and i wish she pursued a solo career but it's easier said for me than for her to just do i guess. i can see why amelle was mutya's replacement they're totally different yet the same? husky.. just smoked their cigs kind of girls. heidi's cool not much to say on her vocals except when it comes to her lines i notice they have to layer her voice often hence it's weak.

i think my main reason why i am so late on connecting with the sugababes music is because i don't find any of the girls relatable or memorable personalities. girls aloud felt like friends and i've realized i just love anything produced by xenomania so it makes sense to me right then and there.. now if the sugababes also were produced only by brian and written by miranda than i would have a totally different opinion!

i hope the OG's get to pursue what they came on earth to do together in the first place and have fun and tons of success with their new chapter!

I've just been sent a pre-registration link - is this already known as a thing? www.ticketmaster.co.uk/sugababes

They're on This Morning tomorrow!

Will they be the sole guest?

dUb said:
They're on This Morning tomorrow!

So exciting, now that they have performed “Today” live, I find it hard to believe it’s merely going to be a tour announcement.

What a strange selection of venues

Actually I didn't realise SWX Bristol was quite as large as it is (1100). And perhaps they are treating it as something as a warm up, as all the other venues are bigger.

Presumably they couldn't get the O2 here, for whatever reason.

Heidi to cause a scene on opening night please

£48 a ticket I can probably justify going twice

Up next on This Morning.

This is all LOVELY but a little single announcement would have finished me off
Click to expand...

You would have thought they would have at least asked about any new material wouldn't you.

I’m so gassed for them, they really deserve this. Very clever to time the release around their Glastonbury set

Halli said:
Up next on This Morning.
Click to expand...

Sole guests on the This Morning sofa as the three of them but solely there as the original Sugababes, Schofes fluffer to be present but not visible for the interview.

Have Sugababes3.0 as opening act PLEASE. a Get Sexy/About a girl/Wear My Kiss/Freedom MEdley and they're out

Pipo said:
Have Sugababes3.0 as opening act PLEASE. a Get Sexy/About a girl/Wear My Kiss/Freedom MEdley and they're out

Not gonna lie if SHOW-BAN is back just like that, then we need About a Girl to be included

Pipo said:
About A Girl still goes off.
Click to expand...

I keep thinking this thread says Glasgow and get a jolt of emergency excitement everytime.

Pipo said:
Have Sugababes3.0 as opening act PLEASE. a Get Sexy/About a girl/Wear My Kiss/Freedom MEdley and they're out

Careful how loud you suggest that

Blimey, even I fancy this...

"Focus right now is on the upcoming tour with the group saying they can't currently find time to head into the studio to make new music." 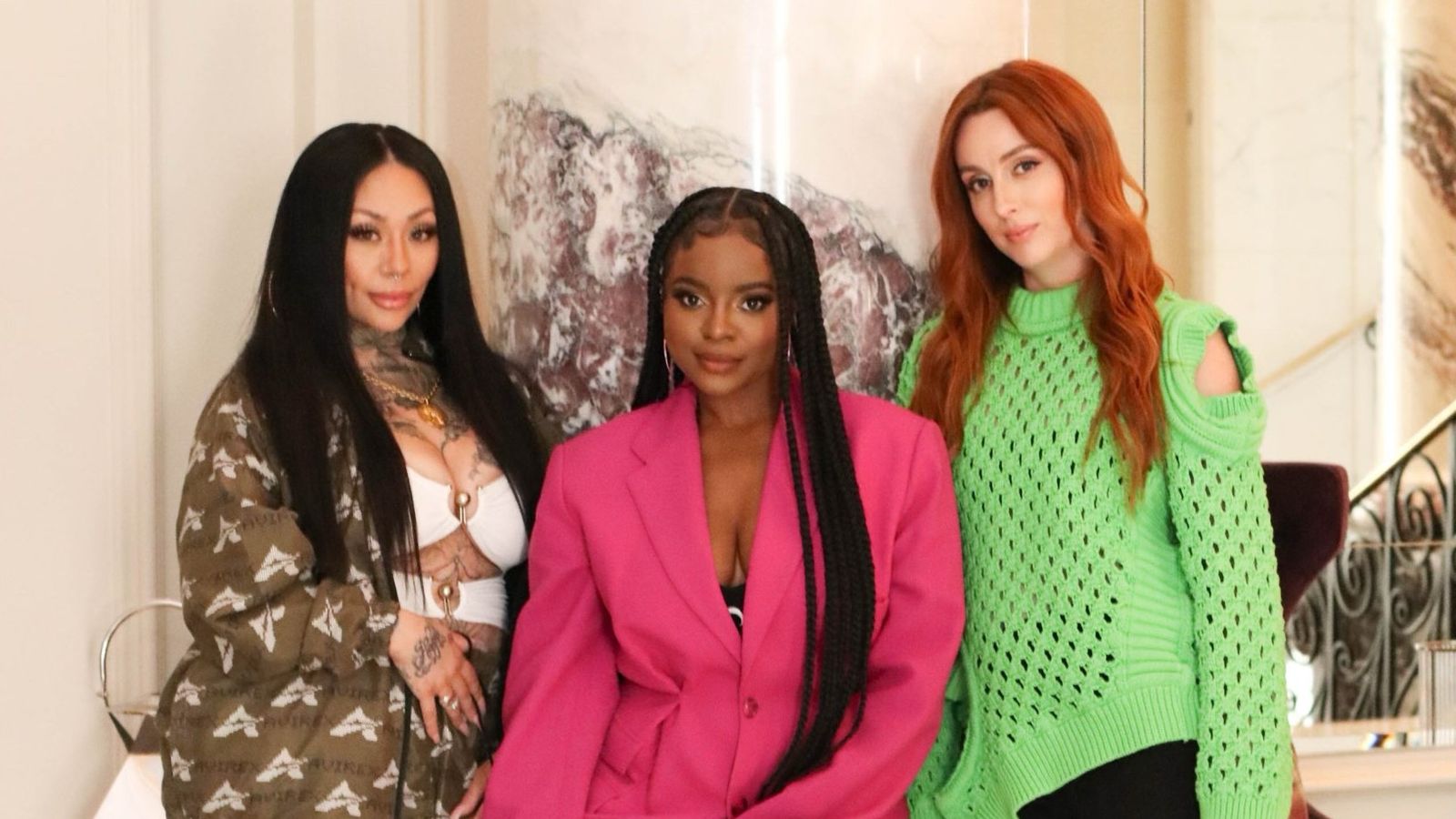 Sugababes on change in the industry, regaining control and going back on tour

After years with an ever-changing lineup, reports of in-fighting and a long battle to reclaim their name, the Sugababes are back on track and ready to tour.