The Real Housewives of Orange County

I guess we should have a thread about what is currently the worst franchise. The indignity of have a two part reunion on your 16th season.

Also Kelly is such a moron. Even when she tried to come for Brown wind she did it all wrong about her alcoholism. She’s so stupid.

Brawnwyn is the worst, the lies are endless.

I believe Shanon is an alcoholic (since her first season, she was always knocking those straight up vodkas). Also she’s obviously paying for that boyfriend.

Gina has grown on me quite a bit. Emily as well but she’s a dirty Trumper. I think they will survive the coming culling.

Just burn it all to the ground.

She’s apparently basing it on a Twenty Three & Me DNA result that said she was 2.5% African.

Which ironically is the most WHITE THING YOU CAN SAY.

I'm going to watch the reunion having been forced to TAP OUT of this season as I found it so unappealing. Kelly claiming she is black is SOMETHING ELSE!

Has there been any casting rumours for the next season? I read it's due to start filming in February, and SURELY now is the time to clear the house. I wonder whether they will even bother, or just quietly run the show into the ground

I'm actually quite enjoying season 15 bizarrely (I'm only eight episodes in though, and the next episode is from when filming was temporarily halted).

Sack Kelly Dodd, beg Heather Dubrow to come back, and find a suitable replacement for Braunwyn (she's hinted this week that she's not really up for another season) and I'm more than happy to keep watching this absolute mess of a show.

I thought this was quite interesting, stolen from reddit:

Live + 7 (days after) ratings for week of 12/28/20-1/3/21
+7 days ratings for this season of OC are actually pretty respectable, and it has a really strong demographic rating.
It's also rating better than the current season of Atlanta - I believe this is before streaming figures are factored in too.

This makes me think a cast shake up may not be coming for OC at all next season, aside from perhaps a slight reshuffle.

For comparison, live viewing figures for OC and Atlanta:

I'm very relieved at those +7 figures for Salt Lake City. It was pulling in only 400,000 for some episodes in the overnights, and I thought it would for sure be cancelled.

Surprised to see any franchise do better than Atlanta, but especially OC!

I don't think I've ever been so perched to see what they do with a franchise after this season, I've never (not)watched such a franchise car crash in real time before.

OMG not this season of OC pulling in another week of genuinely QUITE STRONG ratings (and demo), especially for a show so many seasons in

so they are obviously aware of the issues, despite rating well.

I have 4 black friends

Whew that part 2 of the reunion. A stone cold mess. I just ZONED out towards the end as Kelly was just being absolutely horrendous, and I don't care about Elizabeth.

What WAS of note is how checked out Andy was by the end, barely being able to hide his disinterest and giving one word answers. Then they hastily whack on the theme tune during whoever did the end speech and it was over in seconds

Quite telling that it got a 2 part reunion (which lets face it, it could have been a ONE PART) when Salt Lake City gets THREE.

Shannon seems AWARE of the mess the show is too, keeping borderline silent for almost the entire episode

[Rumor] Kelly has been fired

Kelly has been so sad to watch. Her first few seasons were hilarious. How she ended up here is just a total mess, and I can only see her spiralling further a la Nene.
Last edited: Jan 29, 2021

For one brief shining moment she was probably my favourite Housewife of all time. But now... 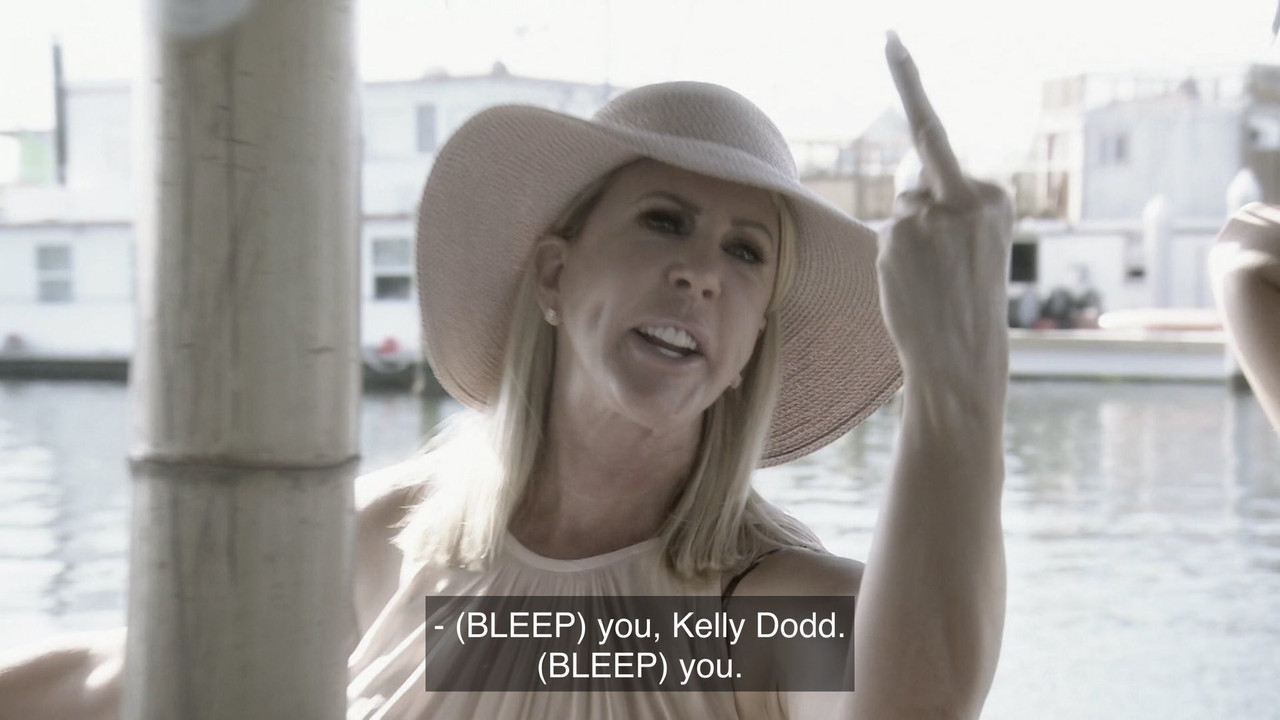 The women (Shannon aside) all independently claiming they do things for Black Lives Matter and similar causes but NOT PUBLICLY at the reunion was a total, final final final GET IN THE BIN moment for the lot of them.

Are there any casting rumours flying around about OC yet?

Apparently they’re taking a year off, almost everybody is OUT, Tamra is BACK, Heather Dubrow has apparently DECLINED

Gretchen has also been asked but won’t return if Tamra is.

That may well be fanfiction but it’s currently the buzz on Twitter.

Hot fanfic, if it is

I do feel like a lot of Housewives casting rumours generally turn out to be grounded in reality, so it's a good indication that they seem to be looking to the past if these ARE true.

Lol Gretchen would never say no

Honestly, just give us Heather, Alexis, Gretchen, Vicki and Tamra back together. I'd also add Lizzie Rovsek into the mix too, to keep Tamra in check. And Shannon, just in case Heather gets bored of gaslighting Alexis and Gretchen.

DEAD at the differences here

Will said:
Honestly, just give us Heather, Alexis, Gretchen, Vicki and Tamra back together. I'd also add Lizzie Rovsek into the mix too, to keep Tamra in check. And Shannon, just in case Heather gets bored of gaslighting Alexis and Gretchen.
Click to expand...

I Play The Streetlife

I'm racking my brain trying to think of an OC Housewife I'd not prefer to come back before Kelly COVID Dodd, and I can't think of one. Even the inspiration for Moira Rose's wig wall, Quinn Fry would be more welcome back at this point.

This made me properly lol "no one cares!"

Well I have finally managed to get into RHOC after several false starts. Thanks to @jivafox I have started on S8. Halfway through now.

I CAN'T STAND GRETCHEN AND HER MAN!

apart from Elizabeth (WHO!), with Gina and Emily on possibly shorter term contracts that could allow them to be dropped down to Friend Ofs.
2. Tamra and Heather return rumours have RESURFACED, but with a rather unclear source so I'm putting that down to an over excited fanbase than anything that's actually going to happen. Tamra has seemingly hinted she might be back, but as a Friend Of than main.
3. Apparently we will find out within the next week as contracts go out. I can't see Shannon being let go seeing as they were shooting a Peacock pilot with her at some point this year.

Not sure why I CARE so much, as I honestly couldn't make it through the last season

I just want it to be GOOD again. It amazes me that the show could easily pull together an All Star cast from thirsty but entertaining former OC Housewives, yet production are weirdly reluctant to do it

Not asking Heather to come back is the biggest WTF of this whole franchise.

The best Housewives return since Bethenny came back to New York.

I hope they get the casting of the two (?) new wives right. Heather needs women a lot more interesting to bounce off than regular old Emily and Gina. And she's already had her fun with man old Shannon.
You must log in or register to reply here.